There are several excellent posts about setting up the Haskell development environment. One of the best ones is Tony Lawrence’s Configuring Your Haskell Environment. I encourage you to take a look at his post first.

Tony’s post is more than a year old though, and it looks like a couple of things have changed since he wrote his post, especially with the latest version of Haskell and SublimeHaskell. I wasted a good chunk of time trying to get around those problems, so now writing this post in case others run into similar issues when setting up the SublimeHaskell plugin.

Here’s a summary of the steps to setup the Haskell dev environment (from Tony’s blog).

This last step doesn’t work seamlessly. When I installed SublimeHaskell, I ran into the following error message in Sublime Text:

You can now enter and build Haskell code from Sublime Text. To verify your setup, enter the following code in Sublime Text, and then hit cmd-B

You will see the following printed:

Here’s a screenshot of my test file, with the output of the program: 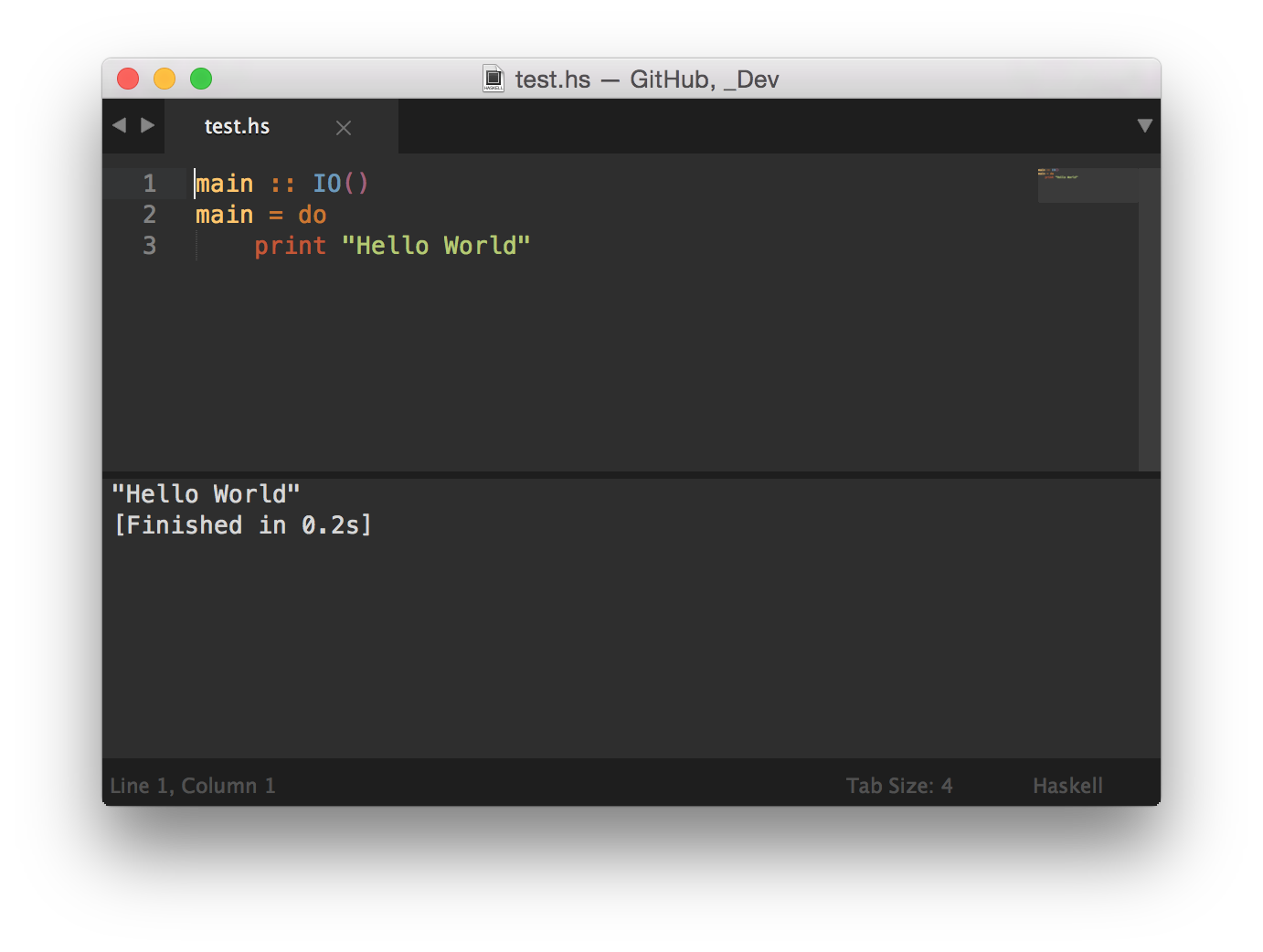